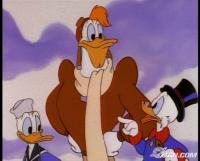 We definitely have a chance to win the USL with this roster.

He even went on loan to a lesser club when struggling for playing time!

I think that qualifies him then.  Our first true "academy product"!

They should have special one off can of Red Bull made for his retirement with his face on it and the tagline "Get Lade with Red Bull".

RB doesnt care. Why should we?

Wow!  When even you don't get mad anymore than you know it's over.

I could be wrong but they changed the playoff format a year too late in relation to us.

Unfortunately it doesn't matter.  We could have played this game without Philly on the field and 1 minutes halves and still found a way to lose.

On a positive note, I do love how consistent this team is.  I like not having to worry about winning important games.

Playoff expectations are even lower?

We have playoff expectations?

Our offense is playing catch the cross with Hamed.

Lifestyles of the rich and famous

For 7 mil you can get a massive mansion and estate for 7 million. In lower Manhattan you can get an 800 square foot condo. I know which one I'd choose.


The silly thing is people in that area have both.  I've worked on houses that are used "for the weekend" to get away from the city.  Must be nice to have money.  I am amused that some people think a weekend in Bergen county is getting away.

Well your first problem is trying to understand why when it comes to anything that happens with this team.

It's the clown show amateur hour!

I think I caught synergy from a girl at Nevada Smiths once.  I was on antibiotics for a month.

Since I have stopped posting positive messages in game day threads, we've been doing better. That's the only reason the team has improved.

I mentioned it over a month ago about our recuiting of youth talent.  It's not happening anymore.  Adams was the last golden child.  Now NYCFC is beating us.  And if our youth coaches are leaving then we are fucked.  The Austrian philosophy only works if they put everything into finding and developing talent in the greater New Jersey, New York and Connecticut area with the best coaches and money can buy.  Otherwise we are just a useless billboard for an energy drink.

Amazingly, this is only the second time we ever lost 1:0 on an own goal.

Maybe we go on some crazy run for the rest of the season, win the cup and break the curse...

Thread split... Years of futility, playoff failures, miss management, lack of promotion and more sports and entertainment options than any other market in the country has made this fanbase apathetic and fractured.  By the way  the metrostars did start with good attendance in the beginning. And to add to that just look at a franchise like the devil's. Plenty of winning, legendary players and they still have problems getting people to the Rock.   The Rangers on the other hand haven't won as much over the past 3 decades but still sellout all the time and most regular ranger fans can't afford tickets.  Also look at the Knicks who haven't won a championship in close to 50 years and have probably been the worst NBA team the last 20 years but still draw and sellout.  It doesn't make sense really. These other markets coming into the league are completely different to the sports and entertainment competition provided by our area. They are also helped by not having the history of futility, apethy and being written off by the fanbase like we have.  I also think there is also an unconscious stigma against the quality of MLS in this area that we can't get rid of. These other markets are also a part of the surge of popularity of soccer and more specifically the US team around the country that has only happened in the last 10 years.