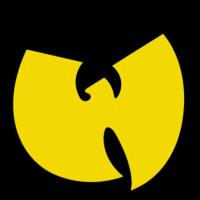 We didn't start to bomb out as favorites until the 2010s. Now it's par the course, of course.


At least the days of bombing out as favorites are over. They will bomb out far before the playoffs even start!

Everyone here needs to stop fantasizing about age. Just because your young does not mean you are good.

BWP tearing it up and winning mls cup would make me happy.

The club only signs young players. The vast majority of this board, if not the entire board, is not too keen on how the club does business these days. Your post seems to be the fantasy.

Most people who follow soccer consider three ties equal to one win and two losses, but I guess math is not your strong suit

And further, Northern Ireland advanced to the Knockout Stage in that same tournament, in exactly that fashion. 1 win, 2 losses.

First and second round is on me.

I really dont give a fuck.

We are hot garbage and corporate isnt going to do anything. Even if we COULD go to the stadium right now I have no desire to do so.

Id probably just go to Bellos on game day and fucking STAY there.


Sign me up for an Italian hot dog and 1-12 beers at Bellos right now, fuck the game. Dying for some Bellos.

Remember all the people here peddling that BWP is washed up because "father time is undefeated" bullshit before the season started?

They couldn't be more wrong.


You are framing this as if people were shitting on him on his way out the door. He is universally beloved by this fanbase. Everyone wished him well and everyone has said how happy they are for him now, as he is bagging these goals, as well as sad he is doing it in a different shirt. Take your anger and unnecessarily cynical post and go be mad at the club, the people actually in charge of these decisions, not at a bunch of posters who wished him well but felt it a logical time to move on.

Lets also not pretend we would be seeing the same results if he were still here. He can obviously still play and is better than any of our other striker options, but he is in a picture perfect situation. The odds of him bagging 3 goals in 3 games if he were still on this lousy team are very low.

Street In Manhattan 1-0 Galaxy in the 27th. Not good for the Smurfs.

They lacked heart against Atlanta as well. They got a fluke goal 4 min in and did nothing after that. They got lucky to beat Atlanta because they are more incompetent then us at the moment. We have 0 talent, 0 coaching, but most importantly the negative for us is 0 heart and that goes all the way to the top in Austria. The whole organization except for the ticket reps which are by far the best in NY sports is TERRIBLE. It will only get better with local ownership.

Did you watch the same game I did? Granted the front office and coaching have done a piss poor job aquiring and developing talent. But the players showed 0 heart in the last 2 matches. You can even argue in all 3 matches they didnt care. They were slow and just plain lazy. Heart is something we deserve as fans and Metro didnt bring it,


I watched all 3 games, in their entirety. Did you think they lacked heart after they beat Atlanta? Did that heart suddenly disappear when they stepped on the pitch against Columbus? That is a BS, surface level assessment. I watched a team capitalize early on their press and grind out a tough win, albeit a bit lucky, and get outplayed against a struggling Atlanta side. I watched a team get completely outclassed and outcoached by a far more talented Columbus side. And I watched a team get burnt by 1 bad mistake and 1 bad fluke, but completely lack the creativity and fluidity to carve through a bunkering team. Absolutely no squad rotation through 3 games, a formation that does not match this roster, and a game where we played with 0 strikers.

5:1 over junior Worms! At least something good tonight.

Combine the scores and we won 5-3 tonight on aggregate!

Maybe we just suck against teams from Ohio

MLS has gotta find a way to get actual fans in the seats for games after this tournament is over, even if that means playing out the rest of the regular season at a stadium in a state that will allow it.

The lack of atmosphere is really dragging the product down. It's just so bush league.


The dogshit display of footballing by these two teams is dragging the product down. It wouldnt matter if there were 80k watching in Metlife Stadium.

Metro tends to start strong then screw up in the 2nd half. I would bet half time result. Fanduel is paying +150 for metro to lead at half time. Ill be throwing some money at that today when I drive into NJ from Suffern.

"Risk Free" bets on FanDuel all day long too. So you'll get that bet back in site credit if they disappoint.