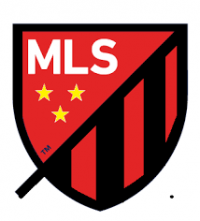 Ok so THIS is way too far in the other direction. Like it or not, social issues and diversity within sports are unavoidable, if not integral. Representation matters. You shouldn't choose a shittier player over a better one because of where he was born, but if all/most of your players come from similar backgrounds, then you're actively not picking the best players.

It's not too far, at all. Build the best soccer team, plain and simple. I don't care if there's not a single white American on this team at all, I want whoever the best players we can get, from wherever they are from. If you're building the best team you can build, it's going to end up diverse in the end because soccer is a global sport.

We've seen one team in this country intentionally build a team that wasn't diverse at all, and that was Chivas USA. And look how that ended up. One of the worst teams ever towards the end, with the worst attendance ever,  and the league had to buy them out. So I think everyone knows going out of your way to build a team without diversity doesn't work anyways

I see no reason to move on from Robles and I honestly wouldn't move on from BWP just yet. I wouldn't keep all my eggs in one basket but this year isn't a fair indicator for either

Can think of multiple times where we didn't even get a shot on net when we should have and could of scored. BWP did nothing with his chance, omir shot it straight out instead of on net, etc. That game ending 0-0 is a joke.

We all complained about the high turnover rate as mentioned, which is non existent now. The academy is great. It's just a shame that we can't combine the old philosophy of huge signings and combine it with an all star academy. We'd be in an incredible position to win it all, but I don't see it happening.

Thought it was ugly with the red shorts and socks.

New screens were useless as they just had ads on the sides essentially. Some steps had caution tape too. Place is falling apart!