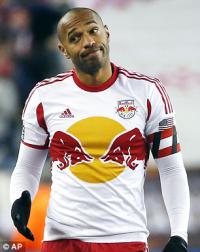 rhactl7 hasn't added any friends yet.

Where is a good place to find full game replays?

Haha! Ya love to see it

BoyCity email: CL game tonight at RBA is sold out.

Only the lower bowl, around 9k seats. Hopefully a lot of Tigres supporters.

In Topic: Not renewing season tickets

I do think "Metro" (old name aside) is the perfect term to represent the team. I don't get why people act like you have to be either NY or NJ...as if they aren't right next to each other and are part of the same Metro area.

And all things considered, I really don't think the stadium is in that bad of a location. Could be way worse. It is not Bridgeview, Frisco, or Chester, which are literally in the middle of nowhere. RBA is very accessible from mass transit. 20 min PATH from World Trace Center (when it's open), and 25 min from Penn Station. Plus easy to get to from Hoboken, Jersey City, ect. It is also right outside Newark, which by itself is a big city - about the same population as Orlando.