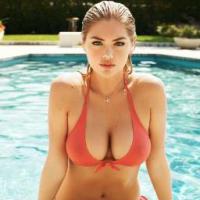 Same old metro. Honestly this is the first season in a long time that I really don't care that we lost. Shitty players (D Nealis, Barlow, Klimala), empty stadium. It's hard to get excited for this team.

Thank fuck, don't want that bum in our history books

Ream is playing himself into a 26th man spot. Can play LB or CB and is a veteran.  Doubt Tolkin gets a look this time around but certainly in the running for 2026

Leeds needs to sign Long a pre contract ASAP. Their defense is terrible

This match has felt like a baseball game to me. I'm here at the stadium but mostly been drinking and showing memes to my friends.  We need to be better

The more I watch Klimala, the more I'm convinced he's not (and likely never will be) a true #9. He has no striker's "instinct" inside the box. He always takes extra touches and gets himself away from goal.  He has no skill ability to beat defenders 1v1. He has no elite top end speed or strength to get by defenders. And more often than not, even if he's 1v1 he'll shoot right at the keeper.

I think he'd benefit from swapping with Morgan in that inverted winger / supporting striker role.  The things Klimala does well (hold up play, finding open areas) would work better there. Plus Morgan actually knows how to score, so putting him closer to goal might benefit him too.

Probably just a pipe dream but i wonder if RB is planning to sell in a few years. If you think realistically, the best time to sell would probably be around 2025. Just before we host the World Cup, the construction around RBA will probably be done, the smurfs will probably be opening a stadium, and MLS will most likely be done with expansion. The value of this franchise would be at an all time high for an investor/buyer.I legit can't think of any other reason why RB has been giving this club such a half assed, cheap, only buy/play young player, invest in the academy/coaches approach they have been taking the last 5 years or so.


Once MLS stops expanding, the value of the franchise will appreciate at a faster rate since the only ticket into the league is by purchasing an existing team. Red Bull global is sitting on an appreciating asset while investing minimally into player salaries and still promoting their brand in the US. They don't need any extra cash - why would they sell in 2025 (or ever)?

Heard "Fire struber" coming from the south ward last night. Maybe a bit misdirected but at least it's something

To add insult to injury, this morning I got an email from the Orlando city front office alerting me of a pre-sale for the US Open Cup final.

Can't say I blame struber on this one. Struber didn't hit the post twice in the first half. We honestly should have been comfortably up at halftime but instead were tied.

The caricola curse lives on, and on. Unless something miraculous happens in the final 20'.

Orlando with a really nice YSA chant. I actually don't mind it, wish mls would back off it