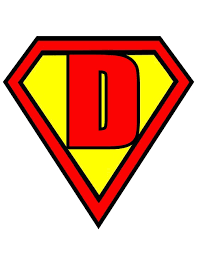 I think this is the right move. I don't like to see Felipe go but the main issue with the team is at center back IMO. SKC has the best CB pair in MLS and they clean everything up for them. I would love to have that kind of security in the back.

Holgersson was the man.

Sorry. Your avatar forced a response out of me.

Good to have argy insight. Wheres Dave Martinez these days?

All I've heard from folks in Argentina is a) he has plenty of potential b) Huracan put word out on the market they wanted $10 mil for him (clearly didnt happen -- but that is all part of their sales pitch) and c) he had an inconsistent season despite being a starter. Apparently more fans would have a larger issue with his sale. However, Huracan is promising the signing of some beloved club figure so the consternation has quelled.

Unfortunately, I have personally never seen him play. But he above is the consensus I was given.

For over a decade, my favorite Media Day tradition. Once again, well done Dan!

Back around 2000, I first made my acquaintance with Metrofanatic. May have been Metrofan at the time. I dunno. My love for Clint Mathis and the USMNT led me to the Metrostars where I eventually became a fan, a STH, an occasional straggler at 16A and eventually, a journalist on the beat for 10+ years.

Throughout that time, I have had the privilege (and I mean that) to know this special community of fans, from the passion you bring to the Arena to the wildly insightful conversations on these very pages. In short: MF has always been the pulse of this community, and I am truly honored to have been a part of that, in whatever small way I could.

I am not dying. I may not even be leaving the damn soccer scene lol. But I do want to say thank you for all your support these past six years at EoS. Whether praising our work or tearing it to shreds, I have always appreciated the honesty and passion of the Red Bull fans. And its no wonder to me that RB fans have set the standard for supporting and what it means to passionately be behind your club.

Thank you for the time of my life.

And in case you missed it, here is my farewell address.

Jack Bell is taking over at EoS. And I ask you give him your support, as you always did with me.

Again -- this is not goodbye. It's a thank you. A long overdue and well deserved thank you at that.

Just wanted to come here and say Dan ... you were right.

Not sure if this is NMR, but there is a ton of RBNY data to sift through.

We had over 1,300 respondents to our "EoS NY Soccer Census," looking at the demographics and trends of our soccer community. Bill Reese spearheaded the project -- and absolutely killed it.

Take a read! And I would love to see your responses!

Been around the block as many of you have, but by any measure -- it's NYCFC. The fan vitriol, the competition on the field, the animalistic, instinctual battle for turf supremacy ...

I think the best test is this: you don't have to explain the NYC hate. It's always there. It's ingrained in RB fans. It's primal -- whether MLS planted those seeds or not.

DC? Well, that is for the old codgers (myself included) that remember the early years of this already young league. And while people will point to Snowmaggedon as a recent display of the palpable DC hate, lets not forget -- that was a rivalry high point . For years, DC vs RB was already on the down swing. That playoff gave birth to Petke, which reignited those flames. But still, any match over the past 10 years between DC and RB havent even come close to the atmosphere and vitriol of the HRD.

Even the players say it is NYCFC. It's not the popular or cool answer, but I think it's the right one. Just this old mans opinion.


#1276567 Some people are concerned about attendance

The FO's job is to sell the tickets.

No one can make people who have purchased tickets attend the match.

Perhaps it's better to simply focus on the XI on the field.

#1276562 Some people are concerned about attendance

Sorry all, haven't been here in a while. EoS is kicking my ass. Just look at the white hairs coming out of my fat head and you can see for yourself.

Anyhow, as I explained to others, I am not telling fans how to spend their money. Nor am I addressing YOU, the supporters of the team.

I was, however, surprised that a) so many who bought tickets didn't show up and b) countless others just wouldn't bother. After another Shield winning season. Against an exciting opponent. On a beautiful Sunday afternoon. After a LONG and BORING offseason.

Yes, traffic stinks. Yes, the PATH stinks. Yes, marketing continues to be non-existent. Still, it is opening day -- and a celebration at that. At this point in the club's history, no amount of marketing should be required to sell the fan base on that.

Perhaps it is unfair of me to cast my expectations as a standard the team should meet. Then again, it's an opinion piece -- and that is what it's there for. I've followed this team for ages and I suppose with each successful year, I await the day where, as MdG says, each game will be a sellout. RB isn't there yet ... but I also don't think they are 17-18k at the gate away from that goal.

Hope this ramble makes some sense .... if not, hit me up here or on Twitter. I am easy to reach.

#1269491 Ridiculous YouTube video of MTV Made featuring the MetroStars

All you newbies (post-Red Bull takeover fans) may sometimes hear the old timers on MF talk about the circus Alexi Lalas ran when he was general manager of the MetroStars.  You may think that we're exaggerating and it really wasn't that bad.  Well, here is the proof of what we were talking about, so you can see for yourself.

As part of Alexi Lalas' marketing strategy for the MetroStars in 2005, the MetroStars sent one of their trainers to Vermont to train a kid so he could become part of his high school's soccer team as part of MTV's Made series.  The kid they trained ended up being the biggest sissy gay stereotype you've ever seen outside of a Hollywood central casting office.  The resulting episode set soccer and gay rights back at least ten years and undoubtedly played a major role in Robbie Rogers' decision to stay in the closet for so many years.  You have to see this to believe it.

So, thank you, Alexi Lalas for your supreme efforts to humiliate the MetroStars, the gay community, and the entire sport of soccer:

Twitter reports that Menudo Colorado, Sal Chicha, and Frita Pappa will soon join camp as well.  No word if for this summer or the off season...  Frita Pappa would be a huge signing...

He then became an international and tried to come back!

SO much to delve into here! Let's go!

1) Chavez contributes time to time to the site. Perhaps five pieces in a year? I have rejected several obviously trolling pieces from him over that time. This one, he is speaking for a fan base, and as their [NYCFC] biggest fan, I took it on, edited it, and published.

2) This isn't a specific bow to NYCFC. Don't forget -- South Ward had weekly columns for the better part of two years with Corliss leading that charge. RBNY Optimist was given a platform for two years under the site. Zac Wassink put the entire NYCFC fan base on blast with his infamous "plastic fans" pitch. Contributors come in all shapes and sizes. The only people that dedicate themselves to NY Soccer the way we do are BAS -- and contributors are always welcome there as well. It's what we do.

3) Op-eds, human interest stories and the like are as welcomed at EoS as they would be on the Post or Daily News. That doesn't mean I won't break news or offer beat articles. That is, after all, our bread and butter.

4) Clicks are great -- but there is no money in this. I get more clicks from my breaking news/insider info than the op-ed stuff and my pockets are not getting any fatter. That is a popular misnomer that many of us in the press box get a laugh over. There is no money in soccer reporting. Most of the media you frequent do this 75% out of love for the sport -- chasing the final 25%, hoping to turn a profit. As my old pal Harraby Lad would say, FACT.

5) I like the fact everyone seems to think I hate one team or "kiss ass" for another. Lets me know I am doing my job.

Yeah, but Don Cherry brings his ridiculous suits to the table, not to mention the piano desk. Does Chavez even play a desk instrument?

But in all seriousness, I think for an outlet like Empire of Soccer, credibility is probably the biggest issue. Consistently giving Chavez a platform to spout what's practically native advertising hurts that credibility.

6) Judge credibility as you wish. We are a media destination, concentrated first on bringing news to our readers -- and then, offering opinion pieces that take a pulse of the area. Chavez, for instance, represents a fanbase decimated by letdowns and negative experiences. Made sense to publish his work -- no matter if I agree with his premises or not. There is a response in the works, and again, it will be unique to the writer, timely and a reflection of the local conversation.

No matter what, I find all of this input INVALUABLE. I've met several writers over the years and know how sensitive they can be to criticism. I welcome it and THANK YOU GUYS for the input. It's what I need to measure the barometer of where EoS is in the local scene -- and the MF community matters to us.

Cheers all. Feel free to reach out anytime about anything ever. EVER.

Holy fuck I thought someone hijacked my PW -- then I saw the post dates. With all the old references, I was starting to wonder.

This place remains a treasure.

Voltron is down to the arms and legs this week as the head (Dan Dickinson) and the heart (Mark Fishkin) are out.