This is NOT the official area to vote or anything like that.

This thread is going to merely be an online forum to argue who you think should get it and why.

Reminder: it's not the "best player" and it's not statistics based. LARS POTY includes those facts, but it's more about "One Of Us" attitude.

You know what I mean.

Very soon, there will be a real thread for the real LARS POTY voting, but have some fun with opinions on this one first so we don't pollute the actual voting thread later.

Another tough year to try and decide POTY. I have my favorite player. But, I know that that shouldn't be the only criteria for casting my vote.

The contenders for me:

For Being There in the preseason and not out on loan... David Beckham.

For being an unlovable ass... Robbie Keane.

For the One of Us factor and surviving rehab... Josh Saunders.

For swallowing his pride and finally showing up... Juninho.

For always being there from beginning to end... AJ DelaGarza.

"There's no easy games in The MLS." -Robbie Keane


See You Later, My Friend!

I'm campaigning for this guy 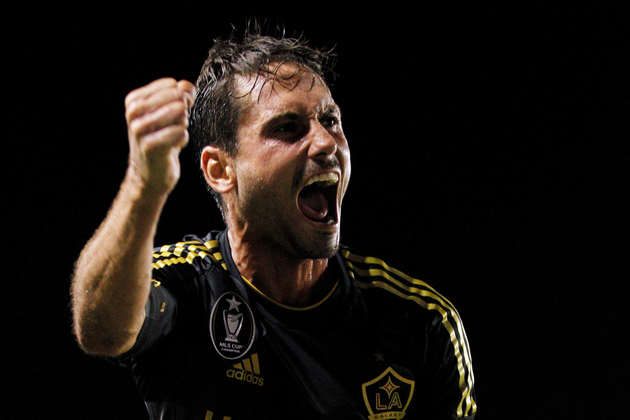 Does all the dirty work for number 23 and plays his ass off every game. He's also really cool and likes to hang out in Hermosa beach with his kid.

Note:
I'm calling dibs right now for whenever he throws his jersey over to us. actually i'm waving to him right now, so if you guys get it you know what to do.

Honestly can't see past AJ. Played most (if not all the games this season) with a rotating back 4 he was the one consistent.
Talks MAD SHIT ABOUT FIFA DESPITE NOT BEING THAT GOOD!
Jersey to LARS
Signatures in LARS
And fairly consistent LARS shout outs.

When we tried to make his banner we couldn't find a clear enough picture of his eyes
So he responded to our message and actually emailed 2 pictures of his eyes so we could get a good image.

I'm certainly biased but it's gotta be AJ for me.

Damn, Fredo... you put some thought into that!

This is good shit guys. Keep it going.

Note:
I'm calling dibs right now for whenever he throws his jersey over to us. actually i'm waving to him right now, so if you guys get it you know what to do.

For me, LARS POTY is about an attitude. I want a guy who brings it week in and week out. The only guy who has done that all season is David Beckham. In the first half of the year when we sucked, he left it all on the field. His tackles are hard, he tracks back, and he doesn't take shit from anyone. In the second half of the year since we've been winning, he's doing the same, and providing goals.

...ooooh ooooooooh we are the riot squad...

It's a toss up between Sarvas and Beckham

De La Garza and Juninho for me, they play like they are getting paid Beckhams salary but aren't even close.

They always show us love and have been consistent all season.

I think Beckham can give 2 shits about our LARS POTY trophy, he's British, makes millions of dollars and married a spice girl he is not "one of us".

Everyone can relax, there is no way David Beckham gets this. He may secretly yearn for the award but he will not get it. This year has been a hard one. As far as LARS attitude goes, AJ always being there is sooooooooooooooooooo unLARS. LARS folk do whatever they want when they want, here's my ticket on the boards ... buy it you jerks, etc, etc. It's a tough one this year. It may come down to which player bribes LARS with booze.

beckham so he can come over and hold up Josh's baby.

beckham so he can come over and hold up Josh's baby.

if it werent for that incident, there would be no baby. just sayin'... Above is a picture of Todd Dunivant celebrating winning the MLS Cup with a LARS scarf around his neck.

My vote will be for Todd because he is the reason the Galaxy have not had the left back problem that has plagued the USMNT for the past years. He's been a key to our success, was MLS Best XI last year, and while this year might not be his best, he's still solid as a rock and has started almost every single game for like, years. The Galaxy wouldn't have achieved all they have without him.

He is a pro and fierce competitor on the field, but doesn't hog the spotlight and distract the team.

He also was a member of the 2005 Galaxy championship team.

By every indication (that I can think of), he is friendly to traveling LARS and he constantly celebrates with us in our section and comes by after games. He even hugs the security staff in 138 when he celebrates with us after scoring.

He understands who we are and I think he not only deserves our recognition and thanks, but would genuinely value the Keg.

AJ plays video games with our capo, and Beckham is the ironic/contrarian choice. Okay, fine.

But here is the video of Todd sharing the best moment our group has had maybe ever, taking the scarf in the picture above, holding it above his head, and bowing to 138.