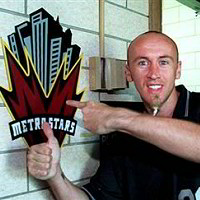 After already running this whole year with what 1 or two never used?

And we have backups like Jensen, Egbo, Tetteh, and Jorgensen wasting spots...

or young guy that slipped to 3rd division in Europe.

Sarcasm is lost on you.

If only that was your first absurd post, claims of sarcasm would be believable.

RBNY can compete in the CONCACAF Champions League.
Doorway to the World Club Championship.

No one watches the CONCACAF Champions League. Doorway? To play one-and-out at the World Club Championship? Wake me up when an MLS team wins it.

There is an obvious reason why Leipzig is the favorite child.

no way is it possible to have a worse season than this..

It's no lose for Struber. If he wins, he's a genius. If he loses, not his team.

#1374776 Kaku and Casseres called up for November World Cup Qualifiers

Only listing players currently on the team at the time of the goal, obviously.

What if a team has enough COVID cases that would have caused postponement/cancellation during the regular season? It has to be a forfeit, right?

Less about the grade, more about me being right re: "potentially more exciting."

Also, I think you guys are going to really enjoy this upcoming transfer window.

They definitely were "potentially more exciting" that a team that previously scored 4 goals in 9 games.

As a pure grade, C. If you consider the lack of resources and Hamlett's incompetence... perhaps better.

White + Barlow has never worked... why try it the week before playoffs?

(You can make the case that Barlow, alone or with anyone else, has never worked.)

I hope Carnell is given a chance to stay as an assistant... or gets a chance for a head coaching job elsewhere (just not DC).