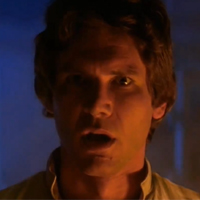 I laughed cuz I absolutely love this movie...but cried cuz I know for sure that if it was indeed us, it'd be just one guy literally combing the desert, not two.

(btw, the actor who said the line We Ain't Found Shit, is Tuvok from that Star Trek series)

I wouldn't be against bringing in players from the Championship, upper 2.Bundesliga, but if it's South America, gotta be 1st division, and preferably from a team that's either in contention for Libertadores/Sudamericana.

I was perfectly fine with Royer, for example, cuz he had played for teams that were aiming for UCL or Europa League (early rounds or whatever) before being acquired by us.

what a shame that there isn't a team somewhere on the planet that employs the press, has academy players in the 18, and brings in top end talent. all the while winning their respective league AND continental tournament.

must be nice to be Liverpool, utilizing the press and doing it well, having academy reared players in the 18 and then injecting high priced talent into the squad.

lucky them, they get to shop at Saks Fifth Avenue, we get Nordstrom Rack. Trust the system/process, my fucking ass.

can also assume that any free agent is only gonna sign if the salary offered is favorable...and judging by how Taxi bailed, the team won't offer a salary that would entice a free agent to sign.

Man I miss how loud the SW can be when upstairs gets inspired, becomes involved and contributes.

My post was formulated as a yes or no question, didn't see an answer, not surprised.

To your question, no, health-wise it was not advisable, but I'm guessing that explaining why protests happened anyway to you would be pointless.

With midday protests that I saw in my neighborhood, almost all were wearing masks.

And if he does go down...we'd be stuck in the same predicament, hoping that the replacement could replicate what Valot can do when healthy.

could play either LM or RM esp in this league, but doubt it'll be for us.

LIke we're gonna be "active" in the transfer window. LOL

In typical Metro fashion...since it's happened 3x already. They'll get to the final getting our hopes up with ppl beating their chests on social media, only to get shutout in the final.

i doubt the play on the field will be good. sorta like watching an MLS match fro the mid 2000s.