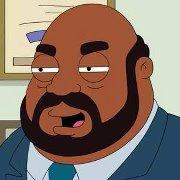 Oh what's that, your team colors are red and white?

Well, here's a black jersey to go with your inexplicable mottled grey.

Yes, we made glitch jerseys using other teams' actual colors, what of it?

The very dark blue / red ones were sweet.

Wow, that is really dark blue, I could see how someone would see that as black.  I also liked the blue/yellow kits, I'd be perfectly happy with a red first kit and those blue ones as the second.

Hard to sell they will. After last year's "strategy" and the lack of buzz in our camp, it's hard to be optimistic.

I meant Miami, I don't think our team is going to.

And they signed Agudelo.

Hate to see it.

Does anyone think they won't also sign a couple of big international names when all is said and done?

That "usl team" was named team of the decade by MLS

MLS team of the decade went to Seattle, with LA Galaxy as the runner up.

NYRB were 2nd runner up of the decade, which just about sums it up: not even first among the also-rans.

Not even Grelladingo is saying they were a USL team, just that they only seem to be interested in fielding one going forward.

I agree that the league is not likely to give a shit any time soon, but this roster as it stands right now is certainly borderline, and no one is getting a good vibe about how it's going to look next season.