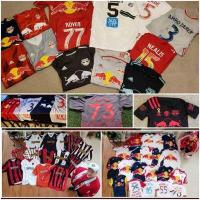 MLS has completely butchered the format and rules around the draft. Its wild how many college players are opting out. Given how few of them end up with MLS deals, it makes sense.

Option A: Express interest in the SuperDraft so that a club nominates you to be on the eligible list (yes, this is mostly how the list of eligible players gets built), get drafted, play somewhere you may not want to be, play preseason with the team that drafted you only for them to not sign you (vast majority the past couple years). This causes you to not have time to impress another MLS team or USL team that expressed interest initially. While after the first game of the season you can request to be released, if all other teams pass, especially since that would require a contract without having you at their preseason, you land on the College Protected List. Finally you get a USL deal (since MLS is now out of the question for another year due to the College Protected List) and finally start getting paid. You do well and impress an MLS team. The drafting MLS team owns your rights and requires the other interested team to give them something in return.

Option B: Forego the draft, spend preseason with any MLS team that expressed interest in you and where you want to be (league has a loose Discovery List for this situation). It doesn't work out so you come off the Discovery List and essentially a free agent again. You played well in a preseason game against another team (hopefully not Odd Greenland during the La Manga Cup). The other MLS team picks you up since they don't need to give anything up.

I get the love for the guy from front office, media, players and peers, and I do hope he suceeds.
That said, they did a couple of 'all access' segments showing his halftime speeches. That guy couldn't motivate an elephant to eat a peanut.


Yeah, I'd love to be a fly on the wall when Adidas and FO get together for the selection process and how they are going to market it.

I am likely reading entirely too much into this, but social media keeps reflecting a checkered or alternating color approach on their random posts. Sadly, I get too anxious for the jersey around this time of year and think everything may be a jersey hint.

Truthfully, I don't blame their Communication teams. They can only do so much with what they are given. This team just lacks anything relevant to discuss. I think Andrew Vazzano does a phenomenal job with social and asking for suggestions for what we as fans want to see as far as content. Unfortunately, unlike Merritt Paulson or Steve Cohen, our leadership does as little as possible to interact with fans.

We currently have promoted a third string keeper this offseason and still haven't replaced most players we let go in 2019, nevermind 2020.

Our USL team currently has two players signed for 2021.

For 2021, I wish all of you the job security that Denis Hamlett has had. Even hope you get a new boss that does your job.

I dont know about his ceiling but I know hes not a bum.

And hes one of ours and Im always gonna be a sucker for that sentiment.

So I want him back. He can fight for his minutes. If hes up for the move then I want management to get it done.

My only argument was that I don't see him coming in and replacing Pendant as the starter for the MLS team with limited professional minutes and looking at just his time with the U20s. Anyone who follows our academy would want him here and the starter in 2022.

He took a similar path to Duncan by playing with the reserves, rejecting a deal (Duncan with NYRBII, Gloster as HGP) to try their luck overseas. Didn't pan out but absolutely worthy of a contract here.

Hard to argue any of these guys. I probably would have included Jolley and Pope over Ramos and Djorkaeff but when Tab and Youri were playing well (and in Tab's case not injured), they clearly make the list.

The author of the article is not a big Metro fan, but this was a great article, IMO.

I had been working with Metro when he was around for his first stint. Nicest guy you will ever meet and if there was a pro league for beer pong, he would be a legend there as well.

Looks like Ream is on the chopping block at Fulham.  He'd be a good replacement for Long if he ends up walking.


He's likely to go to another Championship team and then be the first signing for St. Louis.

Imagine if we had a Sporting department that was as good at bringing in talented players as they are getting rid of them.

RB spends millions on Leipzig and Salzburg because they generate millions more via the UEFA champions league. They will not spend anything near that with us because we will never make that much back via Concacaf champions league.


This... and the fact that our business side of the house (led by Marc de Grandpre) is pretty lousy in overcoming many marketing/logistic obstacles since he returned (after leaving for Purple Beverage Company when it was clear he knew about marketing drinks but nothing about marketing soccer).

Tom Barlow is still on the roster. Absurd.

Dominated U23s, NYRBII, and had an impressive first year with the MLS side.

My hope is that if there is a player(s) that they send over, he will join us before our first preseason practice. For whatever reasons, players, especially coming from Europe, during our season, and some even late in preseason, just don't pan out unless they are given a full preseason with the team.

Throughout our expansion draft history, its been a mixed bag.
Guys had better/equal careers with the teams that drafted them: Zach Thornton, Jeff Parke
Ended up having a better career: Manny Lagos (SJ), Danny O'Rourke (Crew), Chris Duvall