Hamlett is in so far over his head

354 replies to this topic

MLS Whisper should be easy to find.
I nominate JPA for Spanish speaker who can help bring dudes up from SA. Doesnt he live in California?


I love JPA, but wonder if the need is for someone really knowledgeable of the GAM/TAM/Thank You Ma'am wonky machinations of MLS, someone with the right experience.

Still, I they should make up some front office position for JPA, a la Connor Lade.

Only in the sense that it had dipped to below rock bottom when it seemed possible he was single-handedly responsible for losing out on a multi-million dollar transfer fee.

But whether or not that one situation is resolved quickly and favorably (still TBD), the rest of his resume as a GM still doesn't exactly shine. After Kaku's signing in which he arguably overpaid, he spent years asleep at the wheel in the transfer market, hired and kept an ineffective coach, and lost a lot of talent throughout the academy (staff and players).

I'm still of the mind that another team would have to be insane to hire him in a similar role.


I hope not. Would love a Spanish-speaking MLS insider with Metro/RB ties.

People argue if this offseason was a shitshow.

So was the one before it.

People argue if this offseason was a shitshow.

So was the one before it.

I'd say he got Clark here, but I think that was more Leipzig. I'm searching for successes, but its tough to find them.


Nope. If he was on top of everything this never would have happened in the first place.

it had dipped to below rock bottom

Is there a point below rock bottom?

another team would have to be insane to hire him 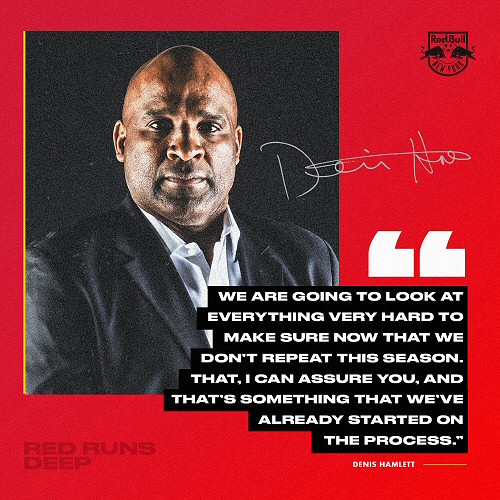