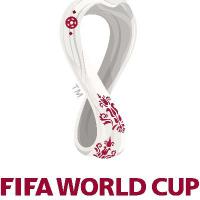 I don't want to be defeatist, but NYCFC had the golden boot winner up top, and we have statistically two of the worst finishers in the entire league. Lucking your way through a knockout tournment when you can't rely on more than a goal every few games from up top seems like a massive ask.

Which is not being defeatists at all..your talking the truth of the state of the team.

I'm pretty sure this thread is not the right thread, but the subject matter may apply. I just got off the phone with a Renewals Rep and was candid that the fact that RedBull Corporate is unwilling to invest into marquee players, since Henry, is a strong factor for my lack of commitment to renew. They argued, well if Corporate would see a packed stadium, they would invest into marquee players. I counter-argued, perhaps the lack of people at RBA would persuade Corporate to sell off.

The Rep goes on to argue that RB Corporate has made investments to Leipzig, and I cut him off, with a simple Leipzig is not in MLS. If RB Corporate is not invested into MLS then why still be owner's of our Team? Look at recent examples of LAFC, Atlanta United, TFC, and/or LA Galaxy, purchasing young BOTH European and South American players THAT CAN BE SOLD BACK TO EUROPEAN TEAMS!!!!! If anything that should be a selling point to actually get talent to our Team! Yet, simply because we are within the playoff hunt, that makes more than enough status-quo. FUCK THAT SHIT. Who gives a fuck if we have made the playoffs for the past 10+ seasons? Guess what, how many MLS Cups do we have from those playoff runs? ZERO!!!!!

Apologize for the rant but I just needed to get this conversation off my chest.

I was thinking the same. Maybe they dont want to commit to new higher salaries because it might affect the sale of the club. Plausible only because not adding quality while lowering player roster makes no sense.

Normally when an organization is looking to be sold/acquired they tend to clean their books by reducing overall cost, tighten up the expenses and not invest into new hires/technology/initiatives to make themselves more attractive. Sounds eerily similar to what RedBull Corporate is doing with our Team right about now. Throw in the fact that the market is hot, with MLS growing/expanding and the 2026 FIFA World Cup being hosted in North America and I would not blame Corporate from exploiting the times. One can only wish that Corporate runs their Teams like any other corporate entity and they fuck off heading into the 2026 FIFA World Cup.

Pathetic.yet no urgency to sign any real impactful players. Just keep signing players from RB2 to make the roster the youngest and cheapest in MLS!!!

Who is his Agent because they can sell the shit out of his potential!!!! Must be awesome to get All-Star recognition when you spent your entire time on injured reserves and rehab.

it's kinda sad at this point.

It truly is sad at this point. You would think, with Garber living in the area, he would want to see dedicated and ambitious owners in both NY Teams. With all this focus on rivalries and the success of El Trafico, you would think Garber would take a hard look and ask RedBull what the fuck are you guys doing? There are no excuses for RedBull to not field a competitive Team.

Would anyone else be shocked if Suarez, a 35 year old striker with a recent history of knee injuries, has absolutely no interest in playing for a Red Bull team that will still 100% require him to press his ass off?

That did not stop him from playing at Atletico Madrid (similar if not more demanding press style) the last couple of seasons, one of which, he helped Atleti win La Liga.

Suarez would help this team tremendously..Atletico Madrid play press so he wont need to learn the system.

As much as Fabio was a likable player, this Team needs a higher caliber FW/ST than Fabio and Klimala (for that matter)!! Let's move on.......

I don't know why the MLS has not tried to buy any of the Brasilian players who were playing in the Ukraine league. The Brasilian League has started to buy some of these players and the teams down there have never really had good financial clot. All of a sudden they do, yet the MLS still holds back the buying power of the owner's who truly care to invest.

Would he bite Messi?

Only if Messi signs for NYCFC

No thanks to an adult petulant child known as Neymar

#1407245 How Seattle Sounders have built & maintained a CCL contender

As smug as their fan base may be, Seattle is the platinum standard of what an MLS Franchise should be and it cant be argued. Since they came into the league they have won everything possible.

Both players were staring at the ball as it was lobbed into the penalty box and were timing their jump. So its not like as if he was jumping blindly.

Clear and obvious. Macnamarra nearly caught that ball moving his hands away from protecting his balls to do it. Great reaction to block the ball, but damn, refs suck.
6:50
https://www.youtube....h?v=gWxxOYyypK8

That was a clear PK..if you are protecting your nuts you would not be moving your hands away at any instance.