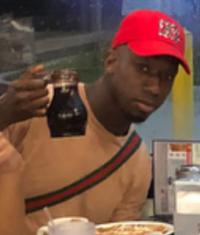 Indyanapolis hasn't added any friends yet.

What sucks is that we don't really know if Kaku himself was the money wasted, or if his investment was wasted by not spending more money on coaching and additional attacking talent. Younger, budget-friendly signings = guys less likely to singlehandedly change a game.

Kaku's legacy post-2019 will be playing fantastic through balls into Tom Barlow, who then hit it directly at the keeper.  A wasted talent.

I want to see what we end up getting, but my gut feeling is that this is a bad move.  Moving on a known, probably above average MLS CB for some magic beans and the hope that a player who was not great at a quite bad Miami team will pan out?  Not a fan unless it's a boatload of allocation cash that we plan on actually using.

Did Ali lose his mind?

Would be cool, but surely that's not us right?

Miami "running out of money" could always be an outside interpretation of "can't meet salary demands because of filled DP spots".

CCL is a simple competition: 22 men chase a ball for 90 minutes at a time for a few months, and in the end, a Liga MX team wins.

Don't care as long as we get paid. He won't be here for long no matter who ends up buying him.

HOT TAKE!
Or or or and stay with me, it could be that MLS rules are preventing RB from doing what they are doing in the other three clubs with RBNY. Im going to assume that's the only reason why Hamlet is still with team as an advisor at how the league works (wish it was someone else). Brought in new coach, new sporting director, let's see how this off season goes. If nothing happens and we bring in some 18 year old who runs a lot and has "a lot of energy" then I'll drink the RBNY is cheap kool-aid.

This is true for the strategy of buying 4-5 young players a year and hoping that the eventual sale of 1-2 of them would pay for the rest.  In an ideal world, Jorgensen would have been one of 2-3 signings for ~2 million dollars, and once it turned out he was bad at soccer, we'd cut our losses.  I get that that can't be done with MLS rules.

Leaving DP spots unfilled (and roster spots for gods sake) isn't the fault of MLS rules.  It's the fault of an ownership who does not care whether we win or not.

If money was no object I could make an all teenage squad that would destroy MLS.

Money is no object for Red Bull.

Leipzig has spent 60 million + on transfers every year since being promoted to the Bundisliga.

Salzburg spends tens of millions on transfers every year.

Bragantino spent more than 20 million on transfers last season to make sure they were competitive in Serie A.

And we're supposed to be happy with the fact that we paid 6 million for Kaku 3 years ago.

The problem isn't with the system, the problem is that Red Bull is cheap as hell at exactly one of their teams.

Wow, if only teams were allowed to sign someone older than 20 but less than 31. For the record, I'm a big fan of the Yearwood signing, but without actual talent in the attack, we have no chance in a modern day MLS.

"You want to go back to the days of signing 30+ year olds" is a strawman argument that literally nobody is making.

Good start to the window.

Armas is going to get "Metro reject" once there are fans in the stadium again isn't he...

Armas at DC and Olsen at TFC would be the funniest way for this to end.

Fixed it for ya