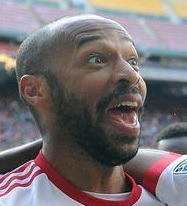 If Digão didn't draw Brazilian fans to RBA then no one will.

Kaku and his representatives maintain that the option was not exercised, and the player also has the support of the MLS Players Association in the matter. In a letter from MLSPA General Counsel Jon Newman to MLS EVP of Competition and Player Relations Todd Durbin dated Jan. 18, a copy of which was obtained by ESPN, the MLSPA contends that Kaku is out of contract.

"Kaku's option notice was sent by NY Red Bulls Sporting Director Denis Hamlett on February 28, 2020, via email to Scott Pearson," the letter reads. "Mr. Hamlett's email attached the option exercise letter and asked Mr. Pearson to '[p]lease share this with the player and let us know if you have any questions.' That email was not copied to Kaku. Despite several requests to MLS for evidence to the contrary, that February 28, 2020 email to Scott Pearson was the sole means of delivery to Kaku of the notice to exercise the 2021 option in his contract.

"You have stated that the option exercise notice was emailed and hand delivered to Kaku. It was not. Despite several requests, MLS has not provided evidence to support its assertion that the notice was delivered to Kaku. Mr. Pearson is not designated as Kaku's authorized representative on his contract, nor has MLS produced any evidence that Mr. Pearson has, in accordance with Section 26.1 of the CBA, signed a form provided by MLS designating him as Kaku's authorized agent."

To me this is an improvement compared to the glitch kit, which I hate.

If they agent represented that the contract was a certain way, its the agent who is at fault, not the buying team.


Except the smallest amount of due diligence would show there could be an issue. See, e.g., https://www.mlssocce...2021-offseason.

And Camilo Sanvezzo went for a "multi-million dollar" fee.  It seems likely RBNY will get some money out of this in the end.

What a mess though, and really sours my view of Kaku.  He clearly does not want to be here so it's better that he's not.