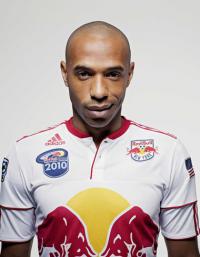 pushthepace hasn't added any friends yet.

Longest seven minutes ever but way to grind out a result and what a clutch save by Jensen!

Can this franchise handle another Veron?!

Post how that is. I would have gone if was at RBA but I'm not paying $30 to park for it

Maybe it's because the NY Guardians completely dominated today and many of us are not used to a tri state area team dominating in anything lately but I had a really good time today. I've been pleasantly surprised by the XFL this weekend. They're doing a lot of really cool and innovative things like the new kickoff rule, the extra point(s) option,etc. The atmosphere was fun and lots of great chants and of course a crazy streaker in nothing but his boxers getting tackled in the endzone by security! Everyone seemed to be enjoying themselves and were gobbling up merch at every pop up store with most already proclaiming the Guardians as the best team in NY. The announced crowd was 17k+ which is on par with the other three XFL games this weekend. However, you can see and maybe even feel a big difference between the DC game yesterday at Audi Field and the same number of fans inside of huge MetLife. This would look a lot better at RBA over MetLife. Barring playoffs, they would only be playing five home games with two of them being played in February so the crossover wouldn't be much at all to cause much issues. I know RBA apparently bid to be the host but Vince McMahon preferred MetLife because of hosting prior Wrestlemania's there and because it's synonymous with football in our area. While the parking fee obviously sucks I would go to another XFL game for sure as long as ticket prices remain low which I don't see why they wouldn't.

As far as using the Ticketmaster app to get in, it was a breeze. Just make sure you have the app opened as soon as you're about to walk through and have it ready to be scanned. I let the scanner know I was with two others behind me and swiped so she could scan the other tickets. No problems at all.

I thought it was smart to hold him out until after this Gold Cup break so I wouldn't worry just yet. If he misses our next game, then I would begin to worry.

Know nothing about the guy but here's a 3 minute hype video with the obligatory crappy music...

When are we getting a Taxi statue outside RBA?

I haven't been this hyped following a game in a long time. No BWP, USL players in the lineup and playing a man down for 55+ minutes and we come out on top 1-0 over the defending MLS champs on a tremendous run of form. We defended corner after corner. So many guys lunging at every ball to get a clearance late on and the icing on the cake with Taxi putting that big baby in his place leading to a couple other incidents between the two teams. Like Stu Holden said on commentary, this is quickly becoming one of my favorite rivalries. I CAN NOT WAIT for the rematch on Super Sunday (Women's World Cup final, Copa America final, Gold Cup final, Red Bulls @ Atlanta) on July 7th!

I watched Ajax pull off the impossible yesterday in Madrid.

I just watched a depleted Manchester United (down 2-0 and two away goals by the way) pull off the impossible against mighty PSG in Paris.

I'm fully convinced the league is trying to ensure that our arch enemy is NYCFC rather than DC. This way they can try and pair off Philly with DC.

I'd like to think we are very much like the NFC East (NY, Philly, WAS, DAL) where everyone hates everyone and depending on the age of the fan, will determine who the most hated rival is. Older/long term fans feel it is and always will be DC while younger fans/newcomers feel it's NYCFC. I'm not a Giants fan but I'm around enough of them to know while they all hate every team in their division with a passion, the older fans hate Dallas while the younger fans generally hate Philly the most due to their recent success. Ideally I think it's best for the MLS and all four fan bases to have a very healthy hate for each other.

Get a goal in the first 15 minutes! Put all the pressure on them! Play free and loose! Shoot outside the box!  BWP, treat this team the same way you do NYCFC and do your damn thing! Danny Royer, produce another 5 minutes of magic like you did the last time you graced RBA and produced two magical goals! Robles, stand on your head the way we know you can because while we're attacking, there will be moments they break free but you will be there to save us like you always are! As the faithful at Old Trafford sing, so shall we tonight, Attack! Attack! Attack Attack Attack!!!

We need to score at least 1 road goal and not lose the game by more than 1 goal. Thats the minimum. Any other result is going to be very hard to turn around.

We need to not allow another goal in the first minute. That was just all sorts of brutal and terrible way to start a game.

Love Kemar to bits but man it seems like he goes down with a knock in every game and I immediately jump up and gasp "oh no!" Nothing to fear though, this is a player who gives it his all every game so this is to be expected but he gets me every time!

A lot of us are doubting our Supporter's Shield chances and you're all probably right. We may unfortunately miss out. However, as a consolation prize, I give you the fact that if we win the East we host MLS Cup at RBA. I don't know about you but MLS Cup win at RBA >>>>>>> Supporter's Shield.

Really lame. All they had to do was have a quick recap of the game and switch over to the game at 5:00. They could've then aired what they are airing now during halftime of our game. Why does Lalas continue to haunt this team?!

Harry Kane is good, but England should have called up BWP to partner him.

And leave us alone with Rivas for four whole weeks?! Our offensive firepower would be on par with the Mets.