Galaxy’s third consecutive playoff-less off-season has officially come to an end as players returned to training camp. A few players from the past season have returned, much speculation surrounds the eventual return of a couple of key players, and many fresh faces will be donning the Los Angeles jersey for the first time. The preseason often provides a preview of what the year will be like, as in 2008 when the big offense, small defense prophecies of the pre-season turned into a year-long reality. Bruce Arena and the Galaxy will look to establish early chemistry, find early form, and put in a promising season that will serve as a confidence booster heading into MLS’s 14th season.

One of the perceived improvements heading into 2009 is the lack of a glaring hole in any sector of the field. Past coaches have been seemingly unable to put together a complete unit and have applied the short blanket technique only to find unflattering returns.

Whether it was holes in the backline, in midfield or in the attacking end, in the past three years Galaxy always seemed to be fielding a few capable players and a patchwork of a supporting cast. Below is a line by line look at what Galaxy is offering this season in each of its lines:

No coach could rest easy considering the performances put in by goalkeepers Steve Cronin and Josh Wicks during 2008. Bruce Arena is no exception, and one of the first acquisitions Los Angeles registered was to bring in Jamaican international Donovan Ricketts. Not returning with the team for 2009 are Charles Alamo who chose to end his football career early and return to school and Josh Saunders whose loan from Miami FC concluded in 2008. Barring any sudden improvements or drops in form, Ricketts will be the top choice, Cronin the back-up and Josh Wicks the third option for Los Angeles.

As of now, these are the 3 goalkeepers remaining with the club. It’s likely that all three will be registered with the club by the Roster & Salary Cap compliance date, March. 2nd:

The worst defending unit in the league was bound to make changes, and changes have been made. Greg Vanney got his wish and retired from Major League Soccer wearing Galaxy’s colors. Rookie of the Year Sean Franklin has graduated from ‘Thrown Into the Fire’ Academy with honors and moved from the Center-back position to his natural Right-back spot. Eduardo Dominguez had a massive ‘return to sender’ stamped on his passport and was loaned back to Argentina’s Huracan for the remainder of his Galaxy contract, and Ante Jazic was unceremoniously traded to Chivas USA for a draft pick. Thus, Galaxy’s backline is now in the building phase of its ‘extreme’ makeover.

One encouraging sign that Galaxy are preparing a solid defensive unit is the fact that rather than selecting a handful of players and praying that they’d deliver, Bruce Arena has compiled a whopping 10 players to essentially hold try-outs. Ten players competing for four starting positions can only be good to develop the team’s competitive attitude, and to avoid having to rely on unreliable players at crunch time.

Arena will have three solid rocks to build the backline in Sean Franklin, Todd Dunivant and Brandon McDonald. The fourth option is likely to be top Galaxy draft pick Omar Gonzalez, but there are a handful of players looking for the open spot. Galaxy learned last season that a team cannot live on goals scored alone, so expect Bruce to shift focus to the defensive end, and the team to eagerly follow.

As of now, these are the 10 defensive players remaining with the club. Two more cuts are likely by the Roster & Salary Cap compliance date exactly two weeks from now:

Midfield for Galaxy in 2008 was essentially a tale of two cities. On the offensive end, David Beckham on the right, and various players on the left kept the team’s attackers fat and prosperous. On the defensive end, however, the team struggled to find consistent ball winners who could help the team help the defensive end, and launch the attack from a critical position. For 2009 Bruce Arena seems to have placed his bets on the man who “would take out his own grandmother’s eyes for another bowl of porridge” Dema Kovalenko.

Dema’s acquisition seems to solidify all the key positions in the midfield, especially if the David Beckham off-season soap opera concludes with the Englishman’s return to Los Angeles. Chris Klein would take the right side of midfield, Eddie Lewis would flank the left, Dema Kovalenko would be a holding midfielder and David Beckham would be the playmaker and ball distributor.

Even so, Arena is taking absolutely no chances in this key sector of the field either, and as of today, 10 players remain in camp training with the team. By opening week, only about 8 of these players will remain with the club.

Whether David Beckham returns or not, Galaxy should not be affected on the field. In the event that David Beckham, Milan and Galaxy should find an agreement to extend his loan or finalize a sale, the man responsible for playing behind the forwards would likely be Jovan Kirovski. Kirovski is one of a handful of players currently on the team whose chances of making the final team will be helped by their ability to play in more than one position.
As of now, these are the 11 midfield players remaining with the team. Three cuts are likely by Roster & Salary Cap compliance date two Mondays from now:

Despite boasting the best offense in the league, the attacking end is the one that carries with it the most questions heading into pre-season. The man who scored goals left and right, and facilitated others to score goals left and right, may not be back with the team. Landon Donovan is on trial with Bayern Munich, and is looking to stay.

Not to be inconsistent with his approach elsewhere, coach Arena has 7 forwards in training camp, keeping an eye on all of them and another eye on Landon Donovan in Germany. If Donovan returns, all questions will be answered, as Galaxy will have the best 1-2-3, Landon Donovan, Edson Buddle, and Alan Gordon off the bench, in the league back for another goal-laden season.

If, on the other hand, Donovan opts for Germany, Germany opts for Donovan, and the league opts to let Landon go, Galaxy may be in the market for a new forward. Especially that while Galaxy certainly has a number of offensive promises for the future in Bowen, Jordan and Sesay, loan deals are more likely for the trio at the time, as the need for a dominant forward will be too big for the team to ignore.
As of now, these are the 8 attacking players remaining with the team. Four cuts are likely by Roster & Salary Cap compliance date in early March:


On a personal note:

I am committing myself to write these previews for the 2009 season a) for your reading pleasure, b) because it’s leisurely writing for me, and c) to express several thoughts as the season goes on while keeping my posts per day from matching Zero’s. I promise to put these on my to-do-list for the week, and get them out to you by Tuesday of before a game (including Wednesday games).

Having said that, work (or the search thereof) may prevent me from getting to these 30 times a year, so I’m asking for a little help. Last season, Brittany, my girlfriend, (babygotback. on the boards) helped me by writing a couple of these. If you like writing and you want to take a serious shot at one of these, let me know, we’ll work something out. Finally, if anybody thinks my previews suck and thinks they could do a better shot, I’m sure the LARS posters will enjoy reading a dissenting opinion.

I know pre-season games are worthless, but I hope we win.

Proud "been a fan since '96" douchenozzle

That's probably why we play Oita Trinita on Wednesday. They probably figured more people would come out on Saturday, so it was set up so we'd face the weakest of the three other teams on the weekend thus improving the chance of fans getting to see a win. I have a feeling that Japanese team is going to beat the hell out of us on Wednesday.

Of course, I'm just assuming the Chinese team is the weakest of the three asian teams.

Every day that Sanneh stays on the team is another day I come closer to canceling my season tickets.

No worries, without your summaries, my lists wouldn't be of much use

I pretty much had the same thoughts about the roster.

from the G's blog

a (re)signing of Josh Saunders has to spell the end of Josh Wicks.

Only room for 1 Josh in this house

No worries, without your summaries, my lists wouldn't be of much use

I pretty much had the same thoughts about the roster.

from the G's blog

Cuz, man, have you seen the women in Liverpool? Sea scags, man.- Calexico

Josh Saunders has joined the group.

Yes! I was hoping we'd get Colonel Saunders back! Here's hoping he makes the No. 2 GK spot -- I felt better with him there than either Cronin or Wicks last year.

Edited: I felt better with Saunders than either Cronin or Wicks last year.

I have no idea if we resign(ed) Saunders, reloan(ed) him or if he's just staying in shape...
Miami's website has no info yet on that.

Benitez likely won't count against the roster/cap since he's in the league emergeny / talent pool.

I love how people use the LARS forum as their Internet portal instead of FSC, Yahoo or ESPN or something as simple as Galaxy game times that are available at l-a-g-a-l-a-x-y-.-c-o-m

Seriously, USFF, I'm not harping on you cuz I do it, too. Why troll around for info other people dig up for you? 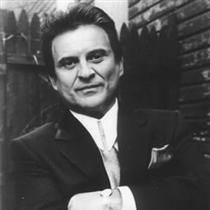 I have no idea if we resign(ed) Saunders, reloan(ed) him or if he's just staying in shape...
Miami's website has no info yet on that.

True, but at the very least he's still got a good working relationship with the team, and this pleases me. I'm hopeful that Bruce will make the goalkeeping spots as competitive as the other positions, and if Saunders continues to perform as he did last year, that Bruce/the FO will aggressively pursue him.

I love how people use the LARS forum as their Internet portal instead of FSC, Yahoo or ESPN or something as simple as Galaxy game times that are available at l-a-g-a-l-a-x-y-.-c-o-m

Seriously, USFF, I'm not harping on you cuz I do it, too. Why troll around for info other people dig up for you?

I've only got time to go to about 3 websites. I come here cuz it's all in one place. And I get to be a smartass.

I actually would have thought the person who started this thread would have included such pertinent info. Otherwise why bother with the thread at all.

Seriously, though, thanks for the info.

So, what time are people showing up to this shindig?